Enjoy a handmade rainbow of beautiful bright colors tied on your wrist.

Friendship bracelets are a great gift for the whole gang at our affordable price. Made with 100% acrylic.

The five women artisans of Warmi Llancashan live in the shantytown called, interestingly enough, "Development-Bound". The town's name speaks volumes about what people want: basic social and economic development. For years, the women have met regularly to help each other in the production of handicrafts to supplement their income. Through the Joining Hands Network member organization Fraternidad Cristiana Vida, they became acquainted with the Bridge of Hope, and began handicraft design and production. In Quechua, Warmi Llancashan means “woman worker.” With the income from Warmi Llancashan, the women have been able to help support their families and pay for improvements on their houses that would otherwise have been impossible, and they have hope for the future. 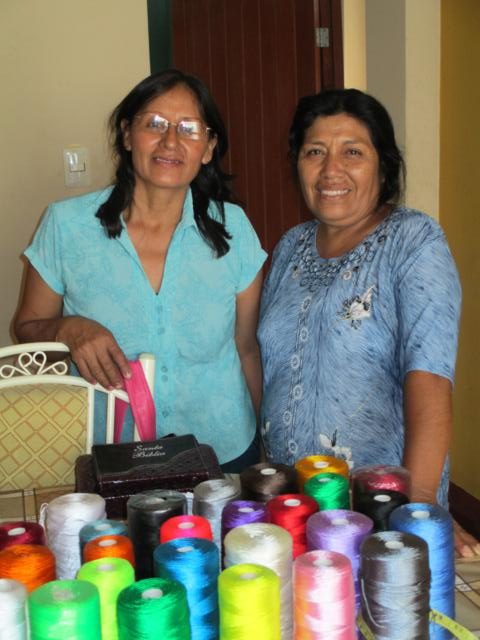 The members of Warmi Llancashan are Olga Minaya, María Minaya, Felicita Reyes, Mercedes Ramirez, and Consuelo Cangalaya. Here we see Olga and Felicita in their workshop.